John Whittemore started umpiring for the SBUA in 1995 John excelled in and advanced in our ranks as he reached the peak in 2004 working the 3A state championship where he worked his behind the plate. John continued to work until the end of 2006 where he was then hired to be the commissioner, where he started in 2007. This is where John has worked for the last fifteen years.
During his fifteen years, John had helped develop and groomed officials to because the best person, man, human, that we all could be. because of this John has personally had the opportunity to selected 22 different state championship officials in his tenure as commissioner. But that is not all that John has done in the last fifteen years. John had been a friend, counsellor, cook, negotiator, evaluator, quality control expert. doing it all this while also being an outstanding husband and father to his three children. John has created a high standard in our association and solid reputation as being one of the best high school umpires associations in the state of Oregon. 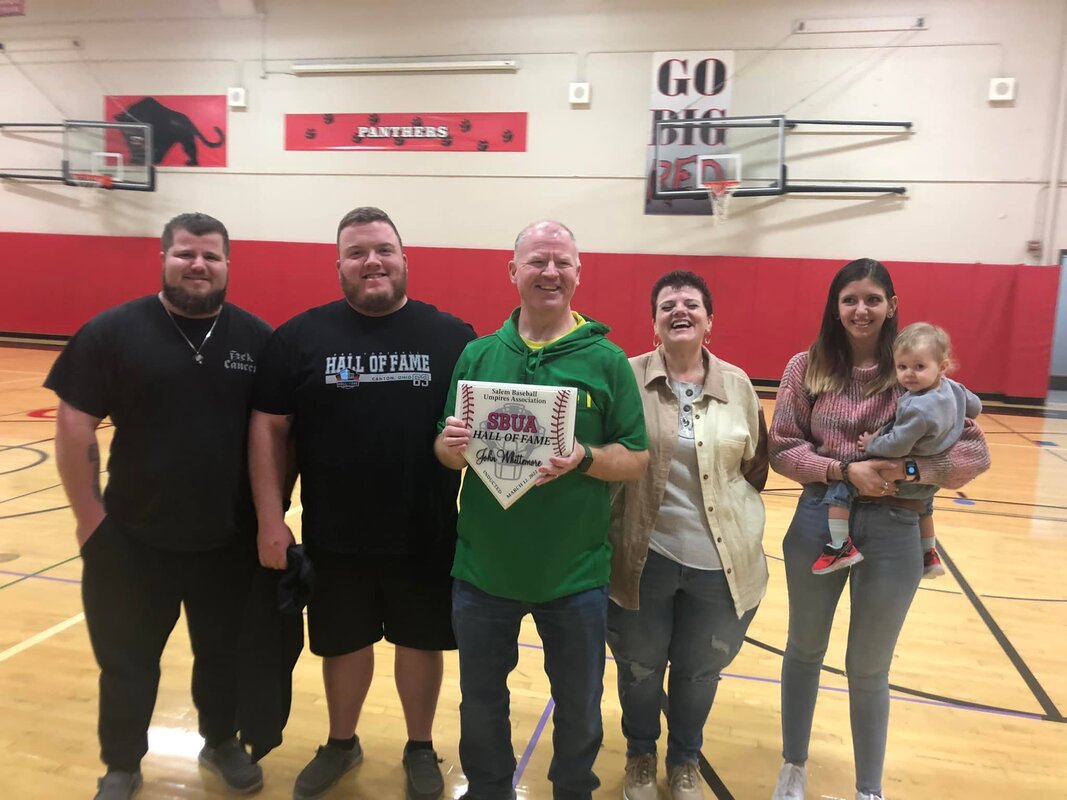